Are you SURE your fork lift's Thorough Examination has you fully covered? 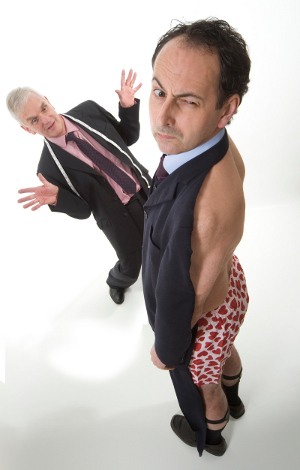 You wouldn’t wear half a suit… but every year thousands of companies get stitched up anyway by accepting half a Thorough Examination of their fork lift trucks, according to research from Consolidated Fork Truck Services – the body behind the industry’s Thorough Examination standard.

This year's IMHX (Hall 19 - Stand H74) will see the launch of a major, national campaign warning fork lift truck managers of the dangers of so-called “Thorough” Examinations that only cover a truck's lifting parts and promises to use surprise tactics to shock managers out of their complacency.

According to CFTS, many examinations still only test a fork lift truck's lifting components, neglecting safety-critical parts like steering and brakes.

It is hoped the eye-catching “half measures” campaign will capture companies' attention, after CFTS research showed that the majority of managers are completely unaware of this widespread threat.

CFTS believes the problem, which affects tens of thousands of sites, to be particularly prevalent where Thorough Examination is arranged as part of an annual insurance inspection.

Technically, inspecting lifting parts only does fulfil minimum obligations under LOLER 98 lifting regulations. However, companies remain open to prosecution under PUWER 98 rules if the vehicle as a whole is found to be unsafe.

“Just because you've had a so-called Thorough Examination, doesn't mean your fork lift truck is safe,” says CFTS Chairman Richard Hayes. “Managers need to be on top of what's being checked and – crucially – what isn't. Because it's you who's liable.

“Ask yourself: is it fair to ask your colleagues to operate a two, three, four-tonne truck where the tyres or the brakes haven't been tested? No, of course not.

“That's why it's essential to insist on a CFTS-accredited Thorough Examination. It's the national standard guaranteed to test the whole truck.

“It’s the positive way to be sure you're covered for both LOLER and PUWER, and, ultimately, that the truck really is safe to use.”